Susy Rottonara, daughter of the famous artist ROTT – Lois Rottonara – is a versatile musician, cultural ambassador and author of multimedia cultural events, concerts and experimental projects of music and art with Master’s Degree in piano and singing at the Conservatory of Music and Master’s Degree in Foreign Languages and Literature. She performs as soprano, pianist, author of experimental music and works at projects to promote music education.

She made her international debut in 2005 with her original music and film productions about the ancient Ladin myths of the Dolomites, especially the legend of Le Rëgn de Fanes (The Reign of Fanes), awarded internationally, where she performs the role of the protagonist princess Dolasila – Dolasilla and sings in Ladin, the most ancient alpine language yet spoken today: film The Reign of Fanes, film score Le Rëgn de Fanes – The Reign of Fanes, experimental opera – musical poem Fanes Poem Musical, multimedia installation Dolasila, multimedia concert Il sogno di Dolasila – The dream of Dolasila.

“Outstandig Achievement – Silver Medal Winner” as soprano and composer with Dolasila’Love (L’amur de Dolasila) -contemporary opera and composition- at the Global Music Awards 2019. In 2020 acknowledgment as star of classical musical –pianist and soprano professional- at the talent Music and Stars.

A video installation from Il sogno di Dolasila (The dream of Dolasila) has partecipated at an international exhibition  in the context of the 57. Biennale d’arte di Venezia in the Palazzo Albrizzi, site of the Guatemala Pavillon.

In 2009, the year of the declaration of the Dolomites mountains World Natural Heritage by the UNESCO- there was the premiere of the opera Fanes Poem Musical – The musical poem of the Dolomites, then staged in 2011 at the City Theatre in Bolzano with the Orchestra Filarmonica Italiana. In 2010 her album Dreaming of Fanes is the first album sung in Ladin language that participates at the 53. Grammy Awards listed in the category “Best album of the year”.

Susy Rottonara has performed her original music and a wide opera and classical repertoire in concerts with famous artists on international level, with singers and musicians of the Orchestra del Teatro alla Scala di Milano, of the RAI television and in many international festival and events.

In 2014 Susy Rottonara was cultural ambassador in the Italian Cultural Institute in La Valletta in Malta with the performance of the multimedia installation Dolasila, whose premiere was in 2013 in the MART Museum, and  at the meeting of the Task force Cross Border Culture in Belgium with a performance from Fanes Poem Musical. She has been speaker at important international cultural meetings about music, education and minority languages. 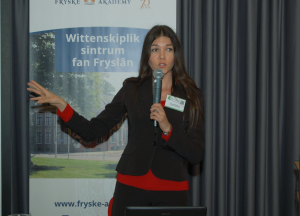 In 2015 she sang in the video We are love by the Grammy winning artist Laura Sullivan. She is member of the comittee CPI – Cantanti professionisti d’Italia (Professional Italian Singers) and since 2010 voting member of the Recording Academy. In 2018 One of her sung videos was chosen for the social wall of the international charity campaigne DiorLoveChain by Dior/Missdior .

She is President of the Cultural Association Fanes that she has founded in 2006 together with the other authors of the film Le Rëgn de Fanes to promote and preserve Ladin legends through various cultural events and forms of art.

Collaborations with the media
Television reports about Susy Rottonara and her musical and cultural activites have been broadcasted by: RAI Uno, RAI TV Ladina Television and  Radio Ladina, RAI Television and Radio Sender Bozen, RAI Television and Radio regionale del Trentino Alto Adige, RAI International, TML – Tele Minoranze Linguistiche, TCA, Südtirol Heute – ORF. Susy Rottonara has performed for many singing recordings for RAI TV Television Ladina and Radio productions and has participated as guest at many radio programs. Moreover she has been author of many episodes of the Ladin radio program La Copa dal Cafè about music and history of music.

Before getting to the extraordinary artistic experience bound to ladin legends Susy undertakes a long course of studies and gets a thorough education. As musician with classical studies she starts singing at the age of seven attending lessons at the School of Music and starts at the age of nine learning to play the piano. Since ever she loves studying and in 1998 she passes as first student of a high school in Val Badia the school-leaving examination with full marks at the Liceo Scientifico in La Ila. She gets the degree in piano and singing at the Conservatory of Music and the degree with distinction in foreign languages and literatures at the University of Trento with a thesis on German philology.
She performs a broad repertoire with various ensembles and orchestras and as a student she is awarded with the Rotary prize as soprano and pianist. She attends many master-classes with pianists like Leonid Margarius, Arnaldo Cohen and Michele Campanella and with singers like Ivo Ingram Beikircher and Antonio Juvarra.

Among the most important artistic performances during the years of study there are singing at the age of seventeen in the Gurre-Lieder by A.Schönberg directed by Claudio Abbado with the European Youth Orchestra G.Mahler, singing as soprano soloist the premiere of the Ave Maria by O.Tonetti for soprano and orchestra in the Filarmonica hall in Trento, singing the Exsultate jubilate by W.A.Mozart for soprano and orchestra in the Cathedral of Trento in the Jubilee year 2000. In 2002 she performes in Milan as soprano soloist at the presentation of a book by University Prof. R.Togni in honour of the Hungarian consul.

Artistic collaborations
Completed her studies she collaborates as pianist with tenor KS Hans Dieter Bader, soprano Luisa Maragliano and tenor Enzo Consuma and performs as pianist especially music by F.Chopin e F.Liszt and also at the Schubertiade organized by Badiamusica.
In 2004 she is chosen by Mirella Freni to attend the international master-class on Italian Opera in Wörgl -Austria. Since 2006 she specializes on opera singing in Milano at the international opera school under the guide of M.D’Amico and sings especially opera roles for coloratura soprano.